A day in the woods at Girl Scout Camp

I spent Saturday helping at a Girl Scout Encampment at our local property about 25 minutes from my house. I had 2 girls attending for the day from my old troop and the new leader was there as well. I was in charge of planning one of the activities in the rotation. We had an Outer Space rotation where for 30 minutes they constructed a rocket and then got to set them off using air and a pvc pipe. They did it last year and with some lessons learned it went much smoother this year. The other half of that rotation was my planning. There is a space science explorer badge. I came up with some activities that kept them occupied for the other half of the time. They all got to do Oreo phases of the moon, made a box constellation by using pins to prick the constellations and then added a little light so it will light up tonight for them. The littles were going to do shadow drawings of toys, but the sun did not cooperate. The juniors did a giant walk to Mars to see the distance of the planets from the sun. I had 4 'helpers' in high school that I explained things to and they handled that half hour. I got to relax and help with the rockets, chat with the adults and play with the catapult - and I got the tennis ball into the bucket!
Some of the other rotations were a Pirate Hike searching for clues and treasure throughout the camp ('our' troop found the gold coin and won a $50 ice cream party!), Dinosaur dig where they hammered into dinosaur eggs and got to keep the egg and the little dino piece. Not sure if they had the discover the bones dig or not. With a Magic School Bus theme, they did some science experiments and made volcano's. The pool time was cancelled due to cool weather (it was 50's to low 60's) and they did an under the sea adventure - but I'm not sure what that one ended up being. They enjoyed a bonfire and smores and camp songs tonight before bed.
It was a very relaxing day! I also got to take a little exploring hike with 2 of the older girls to the Ampitheater. I had been to the Nature Center on the other side of the property and out to the Hammocks and the Homestead area by the lake but did not know about this theater!  I snapped some photos along the way of the camp's nearly 600 acres. 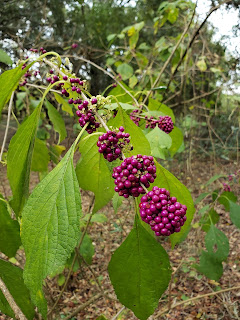 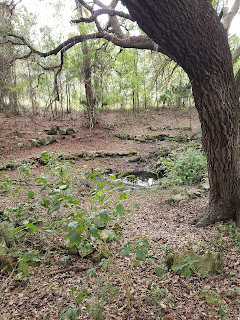 The natural amphitheater. I was standing on the platform. 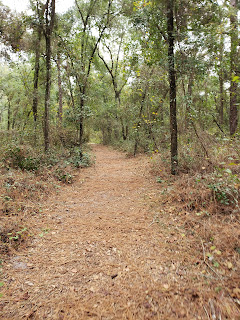 looking down the trail. 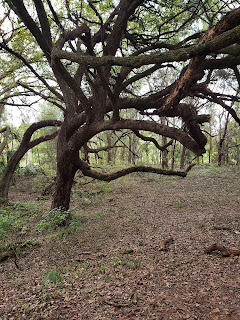 One of the trees - crazy branches! 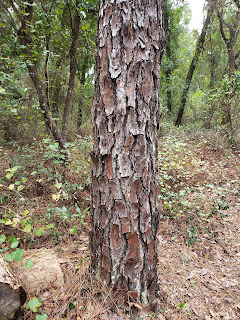 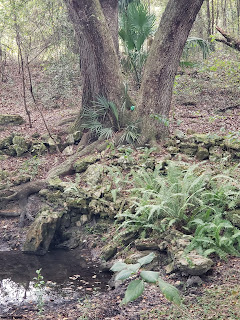 the little pond at the theater. 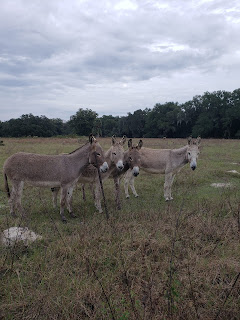 We heard donkey's braying and got to see these 4 on our walk back. 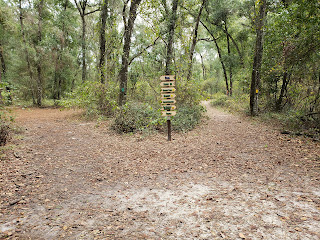 Two paths - reminds me of the Robert Frost poem - The Road Less Travelled. 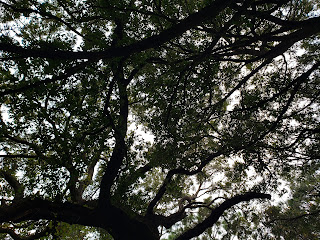 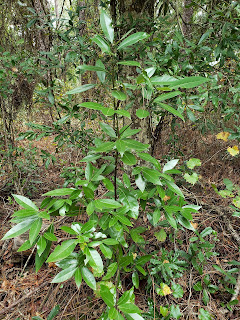 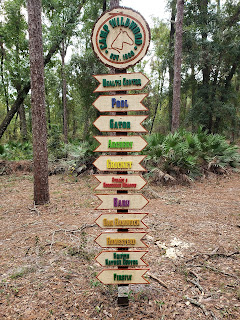 This was one of the higher awards a troop did in 2020.
After 12,000 steps on my Fitbit today, I enjoyed a nice hot soak in the tub tonight and will enjoy my nice soft and warm bed at my house. I do not miss sleeping in the cabins at all this weekend!
Posted by Deb A at 9:01 PM

It sounds like a great day! Of course a day in the woods is almost always great day ;) ~Jeanne

sounds like a busy day for sure. It is nice to hear there are still Girl Scout Troops and what the girls do - is this camp something the Girl Scouts own for the whole state? It looks like a nice property

That sounds like a fun day for the girls, and lots of great activities! I'm not surprised that you were tired last night, though. Looks like a beautiful place to spend the day, too!

WOW that sure kept you busy and on your toes with all that activity--sounds like the girls must have just loved every minute!! Nothing like sleeping in your own comfy bed, though;)))
hugs, Julierose