It was raining this morning so no walk. Instead...... I moved boxes to reach the Celtic Solstice quilt and backing that was already rolled onto the boards. I got it pinned and then decided to do some squiggly lines (Wow - Laverne and Shirley just popped into my head!) in the middle part. A nice wavy line in the cream border and a straight line on the next border. 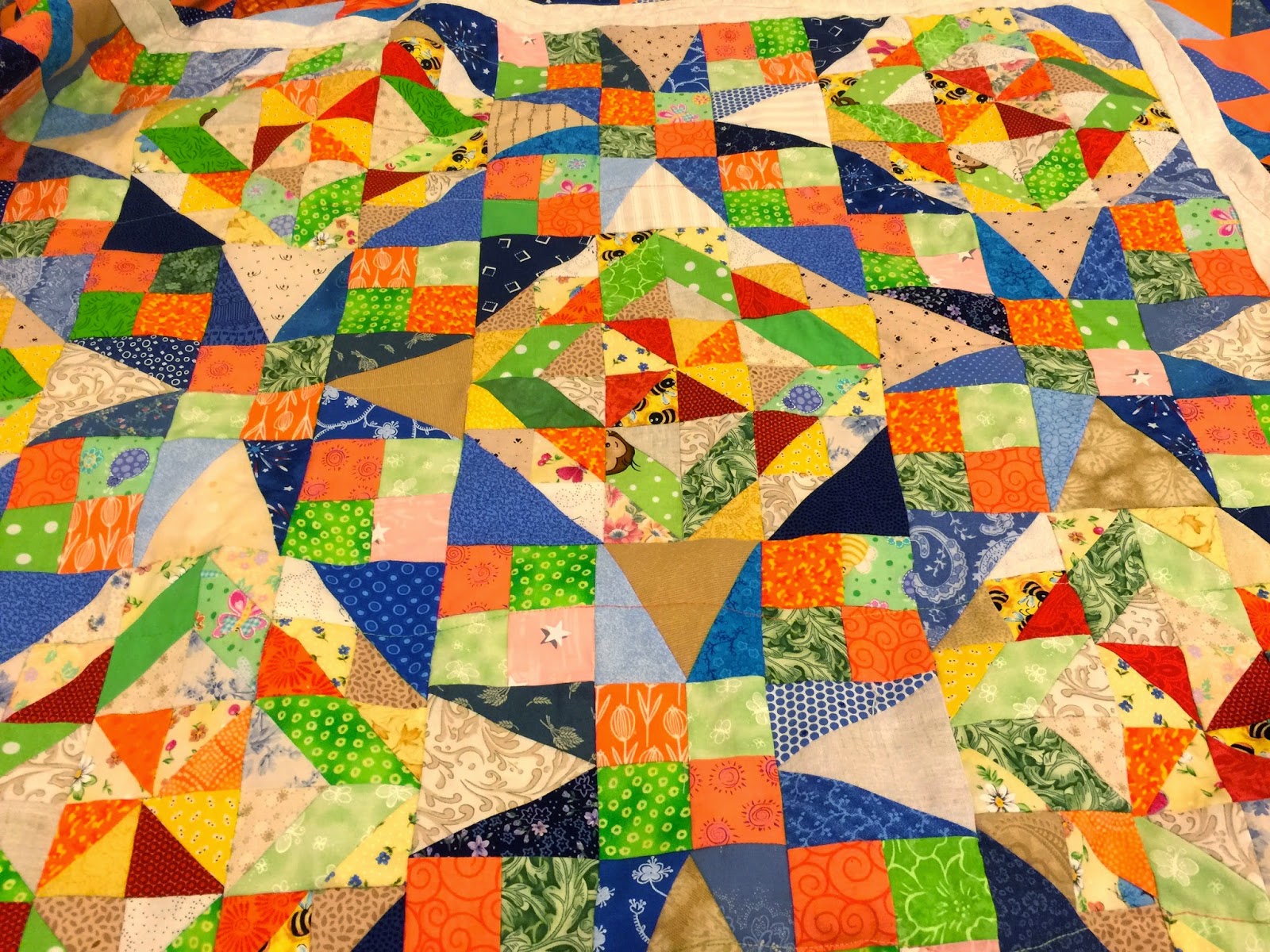 Then.... the big blue border. I switched to the free motion foot and ran into trouble. I'm thinking loops with flowers in the variegated thread but.... three thread breaks already made me stop after four flowers. It is making progress... and one way or another it will get finished off tonight or tomorrow. I already have the binding made for this in blue..... I'm thinking I should have done orange but, I'm going with blue. 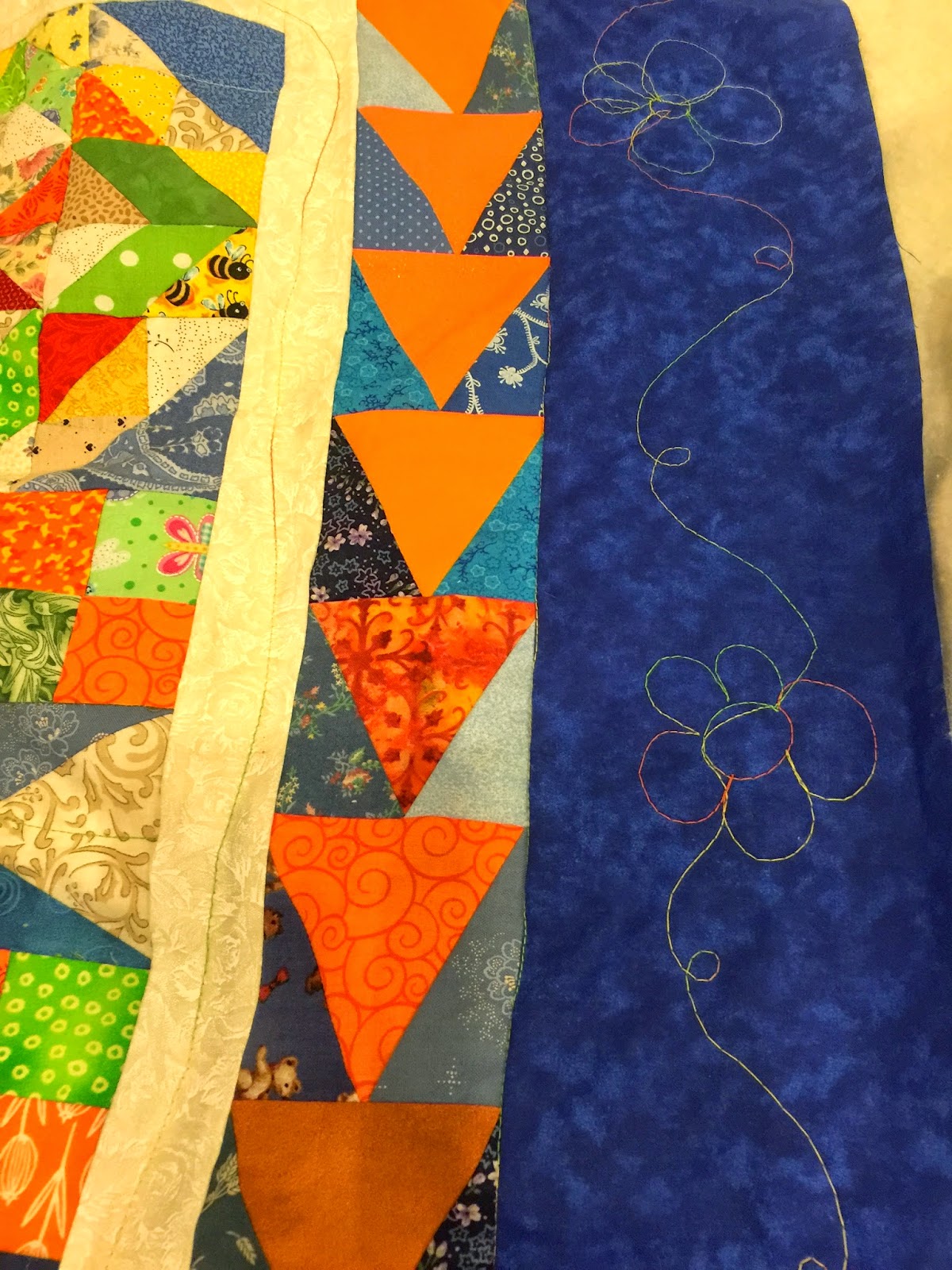 Oh I hate free motion for that reason. Do you use cotton or poly thread? I know most long-armer's use poly as it is stronger but the quilt police might have your head if you use anything but cotton.

Hope you have solved your thread problems. There are so many things that can affect the thread breaking. I mostly use Aurifil and that solved many problems for me. I also learned to change needles often and to keep my machine clean.....but other gremlins still exist! Sometimes, I swear, it is just the day! Good Luck! ~Jeanne

This will be so pretty when it is done! Breaking thread is frustrating. I haven't figured out what qualities cause some thread to break or not. I used Invisifil to quilt the baby owl quilt. It's a poly, which people say is stronger, yet it drove me nuts with the breakage! The Aurifil, did much better, but the color I had didn't blend the way I wanted so I switched back to the invisifil despite the breakage.

What a terrific quilt! Very frustrating when the thread breaks but they patience is a virtue and hopefully once it's all done you'll forget any trials and tribulations.

I love your CS quilt ... and am hoping that you'll have better luck with your threads.