Not! It seems Tuesday was my only day home alone while both kids were at school...... I snuck into the sewing room this morning and made three blocks from my Civil War Love Letters book. That covers me until Monday =). I also cut out a few brown hexagons to work on today in the car line and tonight in front of the tv. Hopefully my bedtime tonight is later than the 9PM from last night.

Today's block is called Greatest Jollification. I saw a four patch in the middle and two quarter  triangles together for the corners and it went together very easily. 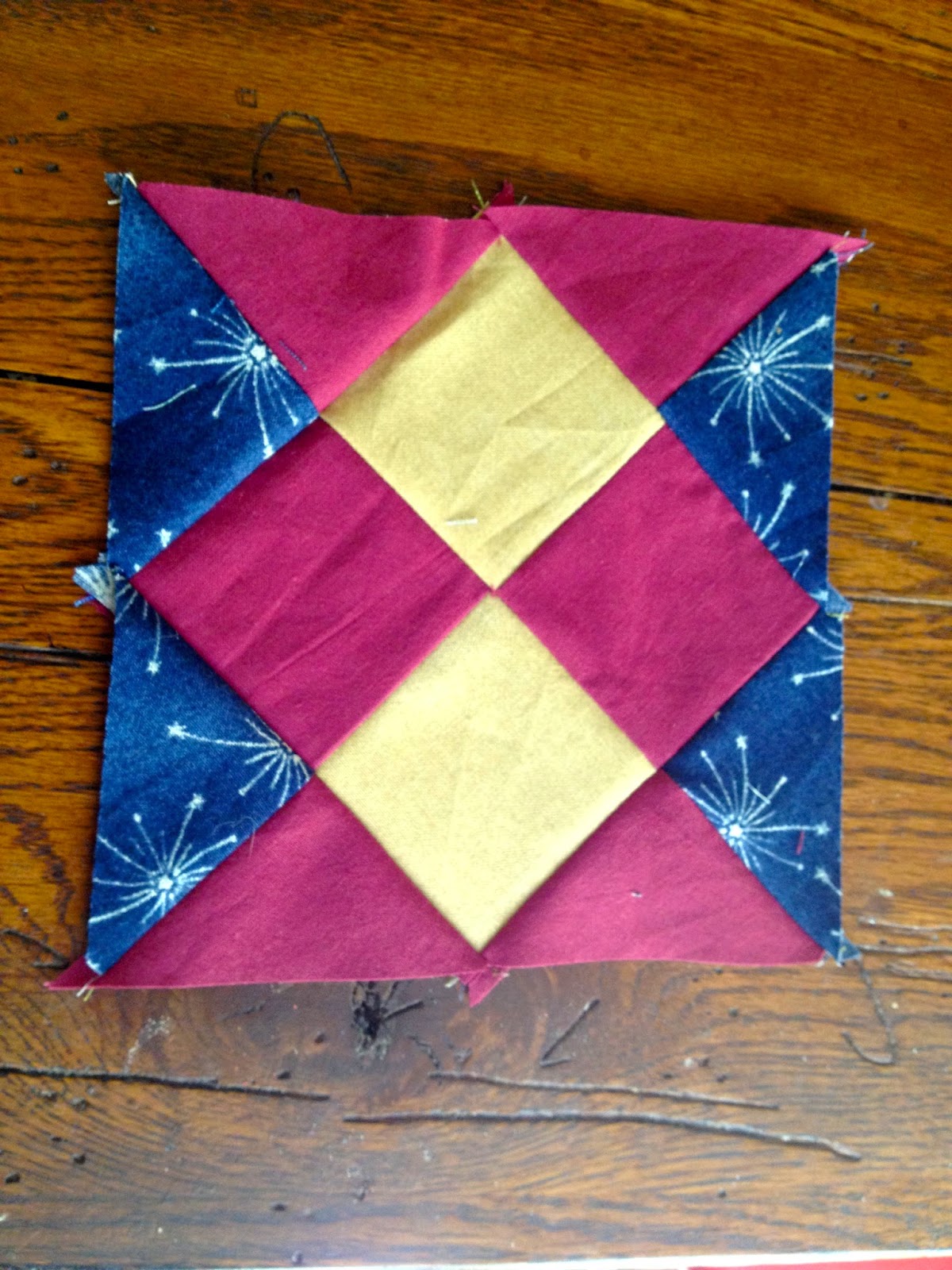 Just got back from the Doctor with Aidan. Upper Respiratory Infection with croup as a secondary. He thinks he has a touch of asthma which is triggered with colds to a barking cough and trouble breathing at night. The quick strep was negative but he'll call tomorrow if the 24 hour one comes back different. We dropped off a prescription for a 5 day steroid on the way home and picked up a milk shake at the drive through which he said made his throat feel a lot better. We'll pick up his script after picking up the girl from school. He got a note to keep him out through next Wednesday since it is a week long virus.... but hopefully the fever is gone and off to school he'll go on Monday.
Time to draw some lines on my hexagons so I can stitch in the car line.
Posted by Deb A at 1:30 PM

What a strange name for that block!

Glad you got some meds for your boy ... Hope he can get back to school on Monday!