7AM.... I was the first one up. (Sophie is meowing at my door by this time telling me she wants food... every morning!) Well, Emily was awake but she did wake up Aidan from a deep sleep. They got their stockings and found their first clue. That sent them on a wild goose chase all over the house and into the nesting boxes outside. Fred the chicken caused a delay... she was in the nesting box working on laying an egg so Emily waited and gave her some space! After a bit, she got to continue on her mystery. The boy was not awake yet and needed to think of a few clues. Emily had to figure one out for him. He was stumped on the last one and despite a few hints from us it took him a bit to figure it out. He got wireless headphones... since his headphone plug got stuck in his iPad earlier this week. Em got a kindle fire since her iPad charger got stuck and disabled it over a month ago.

I got my requested items - a salad spinner, a new food processor since the blade on ours died last year and my Accuquilt die for the Flowering Snowball block.

Time to make breakfast, then a shower and prep of the appetizers for the day. I made the cheese ball last night. The meatballs and little dogs are in the crock pot with the jar of chili sauce and 10 ounces of grape jelly warming. The cream cheese block is out softening for the taco salad and Emily has the salsa straining for that as well. Just the veggie platter to prep and the serving dishes to get out.

Wishing everyone a very Merry Christmas. 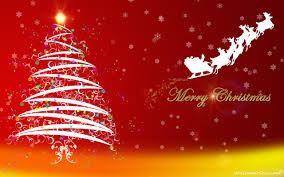 Merry Christmas! I always thought of getting one of those salad spinners and never have

Merry Christmas and I will be right over for that Mexican Christmas Dinner! Hugs

Sounds like a wonderful family day ; we just finished our family gathering ZOOM meeting...I've so missed seeing them all...What a blessing to have my daughter host it for us...Santa was good to you!! Enjoy
Merry Christmas from our home to yours...
Julierose

Merry Christmas! I hope you all enjoyed a nice day. ~Jeanne

Christmas is so magical when children are around. So glad yours was an enjoyable one. Merry Christmas!