More progress has been made on UFO's.
One not listed on the sidebar is the black dot checkerboard blocks that I made last year in the Rainbow Scrap Challenge over at Angela's blog. This week they were put together, decisions were made and the quilt was pinned and quilted this morning. Binding was made and attached to the front. I should have it all finished after a couple of nights in front of the tv sewing down the binding! Mom got a sneak peak today but I'll show the completed quilt on Saturday. Thanks so much for all the helpful comments and ideas. This was what it looked like on Monday before I made some decisions and got it finished and quilted. 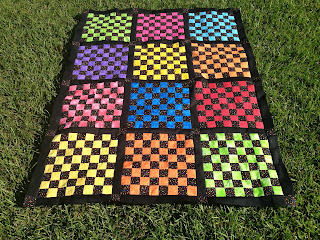 I did another block on the Century quilt this weekend. I now have all 8 of the pieced blocks completed. Yes, that leaves 4 applique blocks. I really do need to prep one so hopefully I have another completed block to show next week. I am down to applique on both this UFO and the Quilt Square Along blocks so I guess it is time to buckle down and do them! 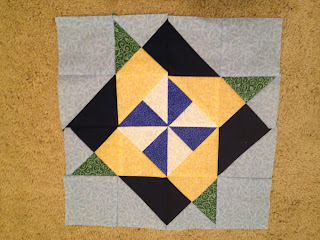 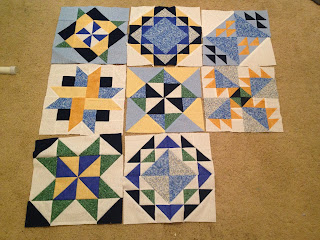 Here are all eight blocks so far. I would love to get this one done by the end of next month.... but there really isn't a deadline other than her brother got a quilt this summer seen here, and she has not got one since she was a baby.

The last two days on the way home from picking up Aidan at school we have seen a turtle walking on the road. Today I got a picture of him and he only ducked into his shell once. We also saw the whole bunch of wild turkeys yesterday - all 7 of them. Today we only saw three. I swear I see more wildlife down here than I ever did up in Vermont and that is just so strange to me. Of course, I could live without seeing another snake .... if someone could pass that along to the snakes around here I would appreciate it! 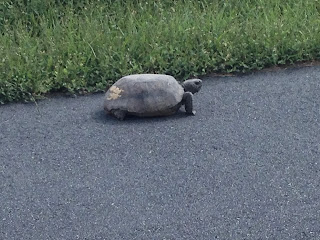 Hey....the turtle came by to remind you of the pleasures of slowing down!!
Love it!

Those blocks will make such a delightful quilt! I can't wait to see it finished. Nor can I wait to see what you've done with the checkerboard quilt.